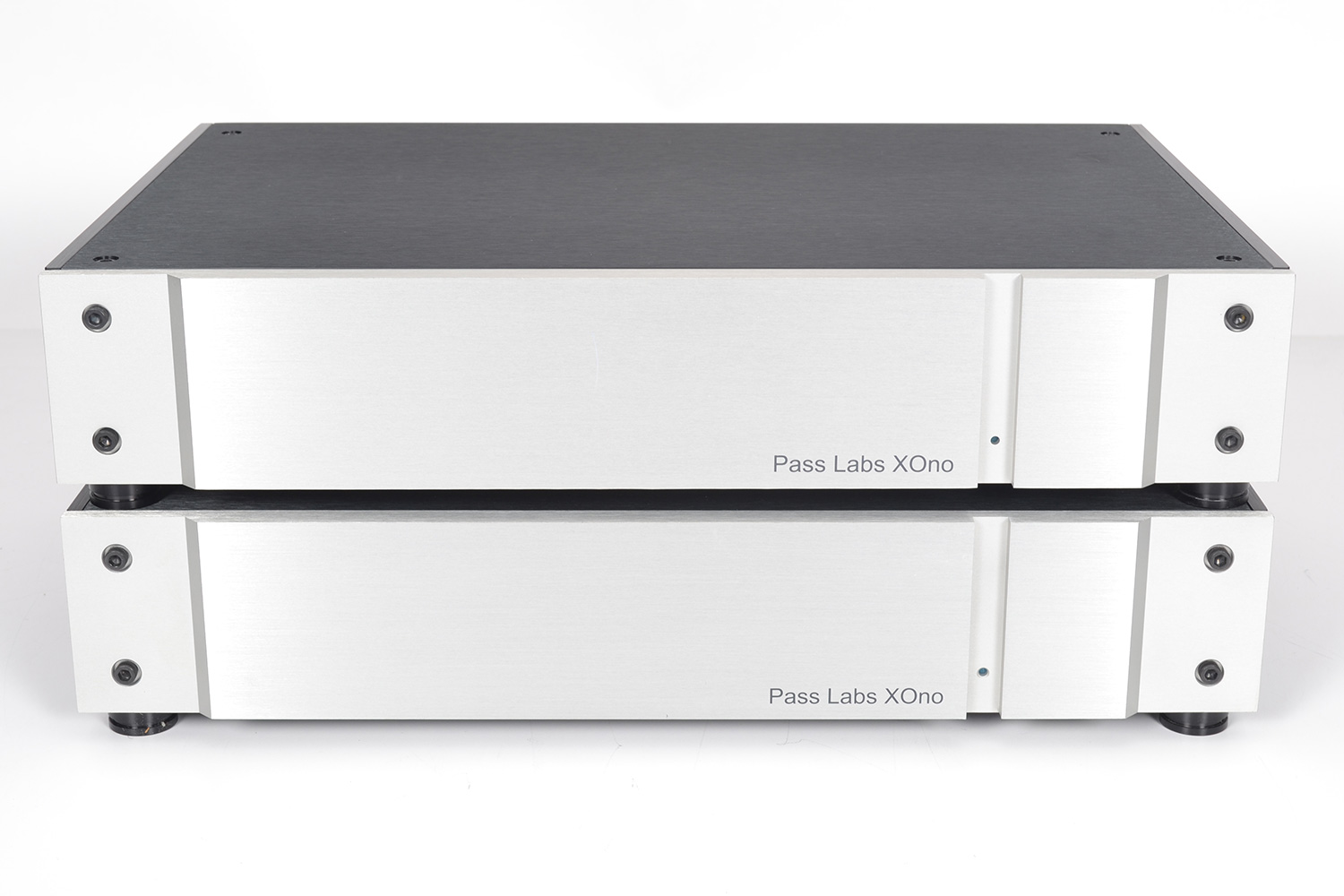 Pass Labs is one of the most dependable brand names when it comes to high-end audio systems. For years the brand has been recognized by audiophiles throughout the world as equipment that delivers clear and consistent quality in music.

What are the specs for the XOno?

What else to know about the XOno?

The Xono is a high performance phono preamplifier for use with moving magnet and moving coil cartridges. It features extremely low noise and distortion, very high adjustable gain, very high output swing, variable cartridge loading, and balanced output. The Xono uses three stages of circuitry. An ultra-low noise non-inverting pre-preamplifier circuit is used to boost the low output of moving coil (MC) cartridges by a selectable 16, 20, 26 or 30 dB without equalization. This drives the primary non- inverting gain stage, which also amplifies the high output of moving magnet (MM) cartridges, and provides RIAA equalization. Gain for moving magnet cartridges is a fixed 40dB and may not be adjusted. Output of the primary gain stage is also applied to an inverting unity gain stage to provide the negative polarity for the balanced output.

Pass Laboratories, Inc. was founded in 1991 by Nelson Pass. Operating out of his shop at home, Pass developed prototypes of a single-ended Class A amplifier design. At the same time, he and Mike Burley were constructing an in-house machine shop with three home-built CNC milling machines with which to produce the amplifiers when the design was finished.

The first product, the Aleph 0, shipped in 1992. It was a mono-block design rated at 70 watts into 8 ohms, and was unique in using three gain stages of power Mosfets including a push-pull output stage biased by a big constant current source. The amplifier operated as single-ended Class A up to its 70 watt rating and in push pull Class A at higher wattage.

At this time, Nelson hired his next-door neighbor, Elena Tong, to help with producing the amplifiers, and she manages much of the company to this day. A stereo version called the Aleph 0s followed after, along with a preamp called the Aleph P. A larger version of the Aleph 0 called the Aleph 1 shipped the following year, and was a mono-block rated at 150 watts.

StereoBuyers has purchased tens of thousands worth Pass Labs brand equipment since 2014, with individual buys ranging from $100 to well over $50,000. If you are moving, ready to upgrade, or have Pass Labs equipment you do not or will not be using, why not contact us today to find out if it is worth good money?

If you are interested in selling your used Pass Labs equipment to us in the greater NYC area or Colorado, please click here to fill out a Free Quote Form and we will get back to you. If we agree on terms, we come to meet you where you want, and pay cash.

Fill out a simple quote to get an offer from us for your used equipment and systems!