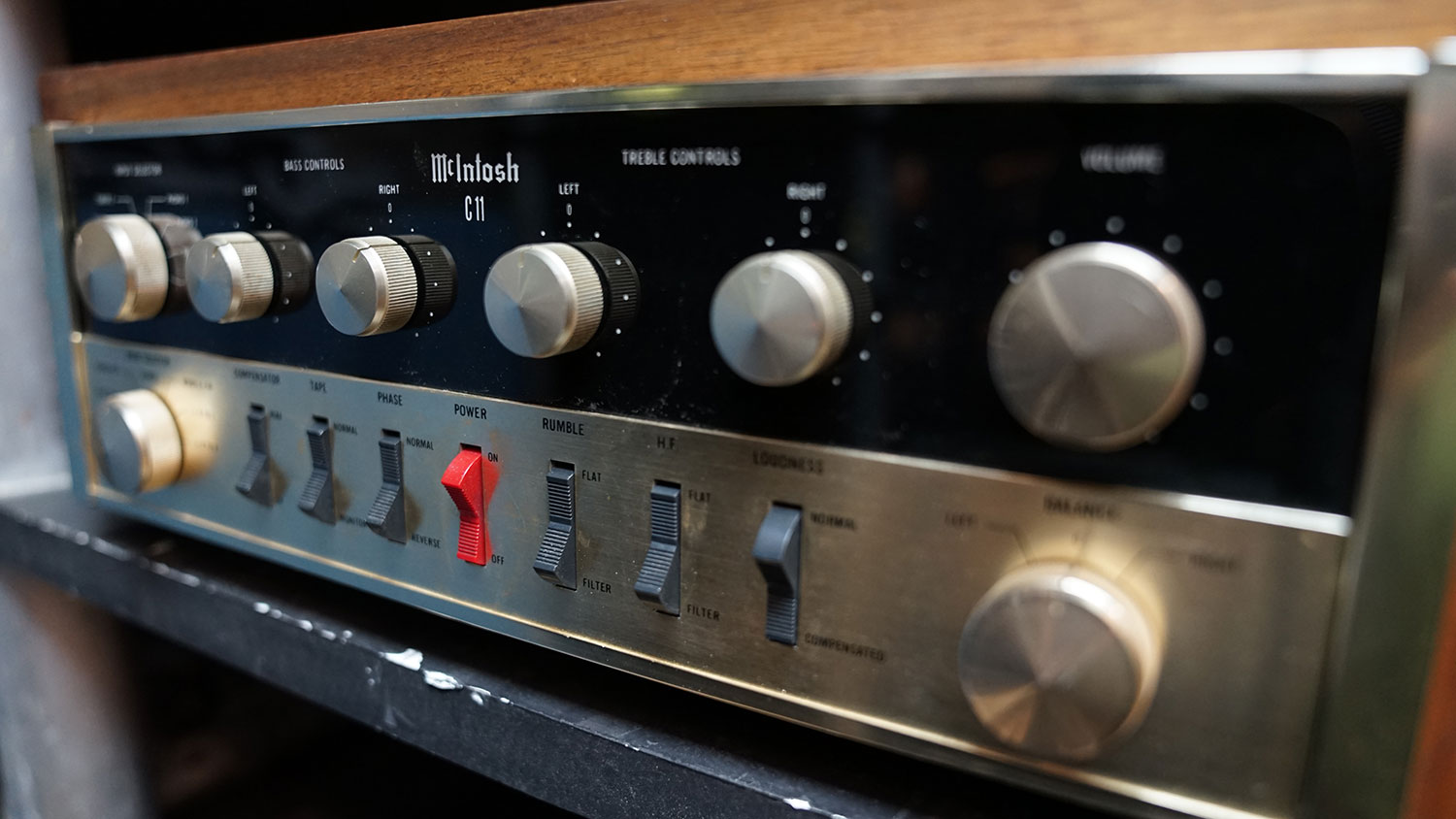 What are the specs for the McIntosh C 11?

What else to know about the McIntosh C 11?

"I have had two McIntosh C-11's for a year now. Yes I own them at the same time and use them regularly. My first one was a perfect example, looking bright and smart after all those years. None of its PSU caps needed replacing. The second one I bought has two electrolytic capacitors gone bad and the previous owner had someone install a parallel-run electrolytic caps sa temp fixes. That already says a lot about the product itself. They are so long -lasting and they inspired an impression they were built for ppl's show-off to last. Yes that is one of the points about McIntosh. Vanity. Onto sound on the line amp - I also happen to have two C-20's. I often run a C-20 and a C-11 at the same time and I toggle between them for comparison. And for better imperical results, I use test tones to balance them evenly with each other when I do a comparison session. I note the C-11 always sounds clear but polite. SOme may interpret what I say as meaning its top end fades early. No. I mean to say that its frequency response is quite flat on the line amp. I used sweep tones to test 20-20kHz. The C-11 and the C-20 are both flat within +/-1 dB. I have Telefunken ribbed 12AX7 and 12AU7 in them. The C-11 provides enough gain, and the front panel hides two volume trim pots cleverly for you to adjust the gain any time. But usually one would just tune them up once and that's it. The C-11 has something the C-20 does not have,i.e. stepped tone controls. Yes. It is an accurate way to control tone. And guess what? This feature is shared with the C-22. In fact, if one opens up the two preamps and do a comparison section by section, then it will be surprising to find that they both use selenium rectifiers (the green ones), they use three 12AX7 on each amp stage for a two-part amplification. I would says the biggest difference is their looks and the more complex fine trim hidden in a trough on the top front part of the preamp. I wanna say, after all that comparison, the C-11 is a very very underestimated preamp in the McIntosh line-up. I would say that the C-11 is for daily use even when considering its vintage status. Not much modification, or update is necessary. My two C-11's still give on-spec B+ voltages. Yea that is with the original selenium rectifiers. Phono stage - I listen to a lot of LP's from the 50's through 70's. The C-11 provides only equalization options of RIAA and the LP standards. The C-20 provides the most options in thier line-up. But honestly I do not use the C-20 often to listen to my vinyl records. There is a quality in the C-11's phono stage that is not present in the C-20, i.e. accuracy in reproducing sound grains and textures. Listen to Rod Stewart, or I Musici playing period instruments. The C-11 preserves the magnetic quality of Rod Stewart's voice. And the period instruments of, say the English Chamber Orchestra, are so ""accented"", in a way quite comparable to the experience of listening live. You get what I mean. Its phono stage will give you trash if you play dirty records, or badly recorded or mastered records. I haven't done a frequency response test on its phono stage. But I don't think it's necessary. To me, its phono stage is head and shoulders above many preamps, such as the Dynaco PAS phono stage even after the famous Curzon's mods. Tube rolling - the original smooth plate Telefunken 12AX7 give the C-11 its sound signature. The most apparent effect happens when one changes V6 which is the tone amp. V4 and V5 are the left and the right channels of the line amp. V1 and V2 are the Phono amp's, and V3 the voltage amp of the phono stage. So if you have any single tubes, throw them at V3 and V6. So changing to the ribbed plate of TFK often lead to a more colourful tone. Chinese Suuguang 12AX7B is a good all-rounder, better than EH in bass department and dynamics. Some bayer claims that early productions of Sovtek 12AX7LPS (year codes 98 to 03) sound better than other later batches. I had them from a friend of mine. Not bad, but the tone is a touch bland to my liking. Because the C-11's sound signature leans towards mid bass, old Mullards haven't been good choices to me, and bright tubes suit well, as well as tubes that give fast and liquid sound. IMHO, RCA old long black plates, TFK ribbed plates, Ei, Brimar CV4004, Valvo slant getters ECC83 all make good match with the C-11. But your taste must vary from mine. So try them to your own liking. But, Shuguang 12AX7B make an absolute budget choice (beasue its balnd mid bass is countered by the rich mid bass of the C-11's.). Conclusion - I noted that in late 2012, the C-11 was climbing towards a price tag of 18k-24k on the 'bay, on most auctions. That may still be an attractive price to pay to use a highly useable vintage gear. To some, that kind of price is not for a piece of vintage instrument to be deployed in daily use, but to be stowed in a display board for collection purposes. But the C-11 is a tough gear and many examples show its ability to withstand long use. It's a quality piece." - AudioAsylum

Fill out a simple quote to get an offer from us for your used equipment and systems!