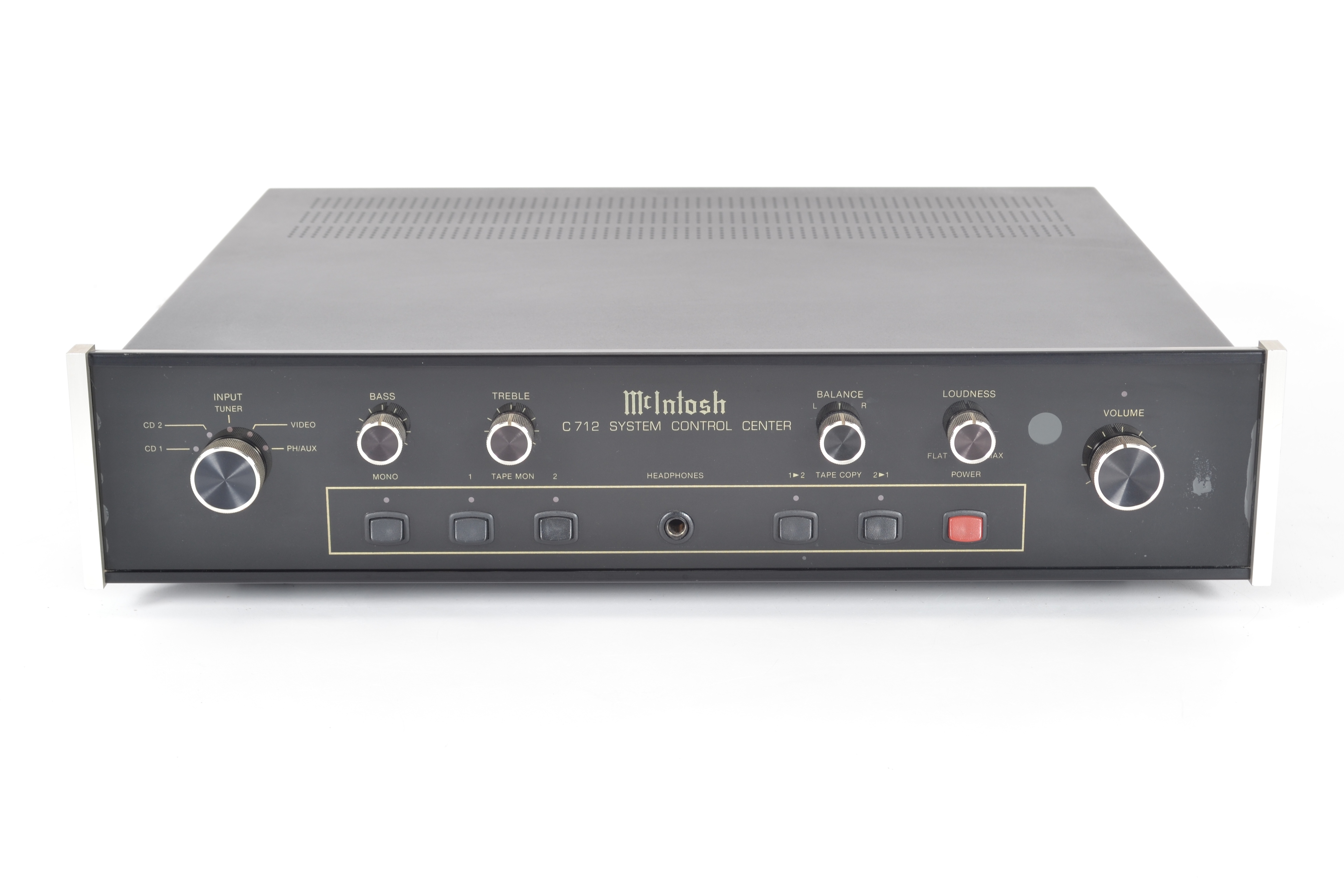 What are the specs for the McIntosh C712?

What else to know about the McIntosh C712?

The C712 System Control Center is simple, yet elegant. There are many useful features to enhance your listening enjoyment. The C712 is fully remote controlled and all operating functions can be performed at the front panel, from the Hand Held Remote Controller or from a wall mounted Keypad. There are seven pairs of high level inputs to accommodate the traditional program sources as well as the most recent new sources. These include CD players, audio signals from laser disc players and audio from video recorders. A PHONO input is also provided for a record player with a magnetic phono cartridge. If the PHONO is not used, the AUX input can accommodate another high-level program source. DIGITAL LOGIC integrated circuits drive ELECTROMAGNETIC SWITCHES on all inputs and operating functions for the most reliable, lowest distortion switching available today. Two TAPE MONITOR switches allow the use of two separate tape recorders. Two TAPE COPY switches are also provided for easy tape copying from one recorder to the other. A continuously variable Active Loudness control allows loudness compensation to be selected for any setting of the volume control. The Loudness control circuit elements are removed from the signal path when the control is in the flat or fully counterclockwise position. Bass and Treble tone controls provide 12dB of boost or cut. At the center or detent position of the tone controls, all tone control circuits are removed from the signal path. Other features include a front panel Headphone output, a Mono switch and rear panel Signal Processor Loop connections that affect the main outputs. Power supply voltage regulator circuits maintain stable operation even though the AC power line may vary. A double shielded power transformer completely isolates it from the audio circuits. A pair of Balanced Outputs is also included to take advantage of the greater noise reduction capabilities of balanced cables.